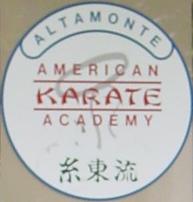 Master Choki Motobu was born the third son to the Motobu family in Okinawa. The Motobu family was of samurai class, meaning that the first son of the family was taught the family fighting methods. Choki Motobu soon found out that this was too slow and frustrating for him, so he began to lift heavy rocks and punch the punching post or the Makiwara. After a while, he became so strong that he earned the name “Monkey King” because of his tremendous leaping ability and general agility. In his youth, Master Motobu became known as a brawler and a trouble maker, so when he became the student of Master Itosu, this added to his difficulties being accepted as a student of one of the foremost masters in Okinawa. Master Motobu challenged many men in Japan; however, the defeat of a Russian boxer may have made him the most famous. In 1922, Master Motobu helped Master Funakoshi start teaching karate to the Japanese. Filled with a new outlook on his life, Master Motobu returned to Okinawa in 1936 and began training with Master Kentsu Yabu. Master Yabu was the only man ever to defeat Master Motobu. Master Motobu instructed many noted masters, among them are Shoshin Nagamine, Tatsuo Shimbuku, and Kosei Kuniba.

The Seishinkai Karate Dojo named the karate that it taught there Motobu-Ha Shito Ryu, in honor of Master Motobu.

Master Itosu (1813-1915) taught the following people in Okinawa: Gichin Funakoshi (considered the father of modern karate), Chosin Chibana (founder of Kobayashi Shorin-Ryu), Shinpan Gusukama, Kentsu Yabu (defeated Motobu in a match and eventually became Motobu’s third instructor), Kenwa Mabuni (Mabuni trained under Itosu and Higanna and, from that training, formulated the Mabuni System of Shito-Ryu), also taught at the Seishinkai and Kanken Tooyama. Master Motobu studied under Itosu, Anko, Matsumora, Kosaku, Yabu, and Kentsu. Both Motobu and Mabuni taught at the Seishinkai Dojo - this is perhaps why the Shito-Ryu Karate System is a combination of Shurite, Nahate, and Tomarite.

Shito-Ryu had a variety of influences from many different masters in the middle 1800s. These diverse influences gave rise to a very complex karate system.

The headquarters of Motobu-Ha Shito-Ryu Karate is the Seishinkai.  In Osaka, Japan, the Seishinkai Karate Dojo was founded in the early 1900s when Kosei Kuniba moved to Japan from Okinawa.